iPhone Holds the Lead in the Global Smartphone Market 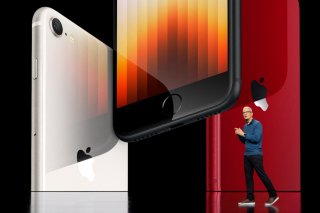 The global market for premium smartphones—defined as those with an average wholesale selling price over $400e—jumped 24 percent year-over-year in 2021, compared to 7 percent growth in the overall smartphone market.

That’s according to the latest report from Counterpoint Research’s Market Pulse Service. Premium sales also made up 27 percent of global sales—a record and a 4 percent increase from 2020.

Apple remains the top manufacturer in the premium sector, taking up 60 percent of the market in 2021, which is an increase from 55 percent the year before. The growth, per Counterpoint, was “driven by strong 5G upgrades for the iPhone 12 and iPhone 13 series,” while the pandemic-caused delay in the arrival of Apple’s 2020 models pushed some of the demand into 2021. Apple was also the top premium brand in every region, especially after having its highest-ever market share in China in the fourth quarter of 2021.

While Apple led in every region, Samsung was second everywhere except for China—where Huawei took the second spot—while OnePlus was the number two brand in India. In North America, the top five consisted of Apple, Samsung, Google, OnePlus, and Motorola.

Apple’s new iPhone SE, announced earlier this month, is priced at $429. While it costs less than the rest of the iPhone lineup, it will still be considered a premium smartphone by Counterpoint’s measures.

In addition, the premium share of the market now consists of about 90 percent 5G phones, with the remaining ones still using 4G.

"The premium market growth in 2021 was driven by a mix of factors, including replacement demand, OEM strategies, and supply chain dynamics. Upgrades to the affordable-premium segment in emerging economies and replacement demand for 5G devices in advanced economies continued to drive growth,” Tarun Pathak, Counterpoint’s research director, said in the announcement. “OEMs including Apple, OPPO, Vivo and Xiaomi were aggressive in capitalizing on the premium market gap left by Huawei, especially in China and Western Europe, driving growth in the segment.”

U.S. sanctions, issued in 2020, have decimated Huawei’s global smartphone business, giving opportunities to many competitors, although the company still does well in China.

“Going forward, the premium segment, driven by the replacement demand across markets, is likely to keep growing and outpace the global smartphone market growth. Another large opportunity driving the segment would be the installed base of Huawei users in China, which is approaching its replacement cycle,” Counterpoint Senior Analyst Varun Mishra said in the release. “The competition in China’s premium segment has been strong, but Huawei maintaining its second position in 2021 indicates a future opportunity for other OEMs.”