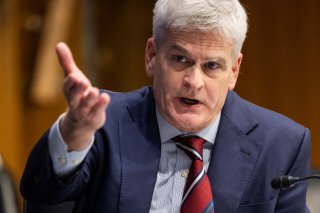 In 2021, there were big complaints, when the Social Security and Medicare Trustees’ annual reports were several months late, arriving at the end of August when they were due on the first of April. The late arrival of the Social Security report, in particular, caused the U.S. Treasury Department significant grief last year, as the report shows how soon the program could reach potential insolvency.

The 2022 report was offered earlier, on June 2, but Republican senators on the Senate Finance Committee have issued a letter complaining about the continuing late reports.

The GOP side of that committee, led by Senators Bill Cassidy, M.D. (R-LA), and Mike Crapo (R-ID), has sent a letter to the Government Accountability Office (GAO) asking it to “monitor the Managing Trustee’s flagrant disregard for statutory deadlines.”

“With respect to reporting on the financial conditions of trust funds, once again this year the reports were issued well beyond the statutory deadline, and there was no process followed by the Managing Trustee for informing the public or members of Congress about the delay or reasons for the delay,” the senators said in their letter.

The senators also ripped both the administration and the Treasury Department specifically for not doing anything to “modify internal procedure regulating the management of the report schedule.”

When the Trustees’ report was released, it contained some good news. The dissipation date for Social Security was pushed one year further in the future, to 2034. In that year, Social Security will no longer be able to pay out full benefits, and will instead have to pay out less than that, unless Congress makes some change to the method by which the program is funded. Some such proposals are currently before Congress.

“For this year’s reports, the Managing Trustee, or her designee, failed to keep the congressional committees of jurisdiction regularly informed of the anticipated report delivery dates,” the letter said. “There was no indication that the Boards anticipated missing the statutorily set report due date, nor was there any communication by the Managing Trustee or the boards about delays, let alone reasons for delays. Late reporting on financial conditions of important trust funds that support multi-trillion-dollar Social Security and Medicare programs does not seem important to the administration, even in light of the striking decision by the President to politicize the Social Security Administration.”