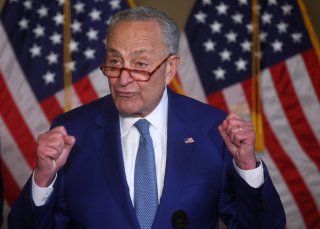 One of the biggest battles in the upcoming budget talks, it appears, will be over how much Social Security is funded.

The Social Security Administration (SSA), in fact, wrote a “Dear Colleague” letter this week, calling for the next continuing resolution for the budget to include more money from the SSA’s administrative needs.

“Our employees demonstrate an unwavering commitment to serving the millions of people who turn to us for assistance each year,” the SSA letter said.

“However, we cannot keep up with the demand for service, and our annual fixed cost increases. As a result, the public is experiencing delays in service and long waits for disability decisions. We need additional funding to deliver the service the public deserves and expects.”

Now, AARP has written a letter to both party leaders in the Senate, asking for Congress to “provide the Social Security Administration (SSA) with the funding it needs to fulfill its vital mission in a timely and effective manner.”

The letter was authored by Nancy A. LeaMond, the executive vice president and chief advocacy and engagement officer. It was addressed to Senate Majority Leader Sen. Charles Schumer (D-NY) and Senate Minority Leader Sen. Mitch McConnell (R-KY), although made more specific asks.

“AARP has great concerns that SSA will be unable to maintain customer service at current levels, deficient as they are, without funding above the current funding level under a continuing resolution,” the letter said. “Hence, we believe the Congress should provide an anomaly for SSA that is no less than the anomaly requested by the Administration, $14.1 billion. AARP does appreciate that the Congress provided some additional funding for SSA for FY 2022, but that amount was $847 million less than the President’s FY 2022 Budget request and was far less than the amounts needed to cover uncontrollable increases in its fixed expenses.”

The letter also tied the lack of funding to the long lines that remain at some Social Security offices.

“‘The Acting Commissioner correctly predicted on April 28, in the FY 2022 Operating Plan the Congress requested, that the $13.341 billion in funding provided in the FY 2022 omnibus would result in ‘longer lines and wait times in our field offices, and growing backlogs as we work through increased claims.’”

The question of more funding for the administration of Social Security is separate from that of the long-term viability of the Social Security program itself. Various proposals have sought to alter the formula by which Social Security benefits are calculated to keep the program solvent further into the future. As of now, due to projections, Social Security will lose the ability to pay out full benefits in 2034.