Maine Hopes to Use Stimulus Checks to Combat Inflation 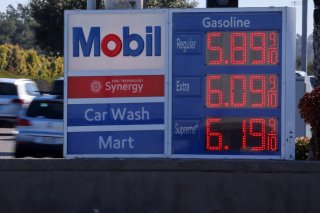 One state is planning to do just that, but it is selling it as a way to help citizens deal with rising inflation.

According to the Bangor Daily News, Maine’s governor, Janet Mills, has proposed distributing “inflation relief checks” and has actually upped the proposal due to higher-than-expected state revenues.

The state has proposed sending $750 checks to 800,000 people beginning in July. The proposal had originally been for $500 checks before projections changed.

The governor has said that her proposal would return half of the existing budget surplus to Maine’s taxpayers.

“This budget proposal is bipartisan in nature, drawing on good ideas from both Republicans and Democrats to tackle some of Maine’s most pressing issues, like inflation and our longstanding workforce shortage, by giving back money to Maine people, delivering tax relief for working families, and providing two years of free community college to help our students and our employers,” Governor Mills said when announcing the proposal in February.

“It accomplishes these important things in a fiscally-responsible manner while also increasing the Rainy Day Fund to a new, record high. I look forward to working with the Legislature as they consider this proposal and applaud them for the ideas we incorporated into it.”

Former Gov. Paul LePage, a Republican who is running against the Democratic incumbent this fall, has proposed using the budget surplus to cut taxes, the newspaper said.

“Maine people are grappling with the increased costs as a result of pandemic-driven inflation, ranging from higher energy costs to increased prices of everyday goods,” a fact sheet from the governor said. "While the Governor cannot control the impact of COVID-19 on global markets, she can make sure that we deliver to Maine people the resources they need to deal with these higher costs. To help them, Governor Mills is proposing giving back half the budget surplus to the taxpayers of Maine, consistent with the calls of Republican lawmakers.”

While the idea of the checks is to help Mainers deal with inflation, it has been argued in the last year that it was the federal stimulus efforts that helped bring about inflation in the first place. The Federal Reserve has hinted at this, as has President Biden himself. That’s partly why no further stimulus check legislation has advanced in Washington.