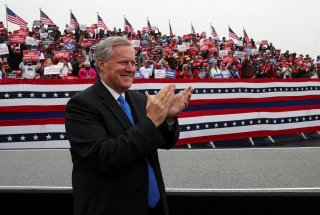 Former North Carolina Republican senator and White House chief of staff Mark Meadows has abruptly ceased his cooperation with the House Select Committee on the January 6 Attack, according to his lawyer, George Terwilliger.

From political exile in Florida, Trump has sought to prevent the committee from questioning former members of his administration. The former president has issued legal challenges to the committee’s authority based on “executive privilege,” a legal doctrine giving presidents some ability to withhold information from the public. It remains unclear, however, if executive privilege can be invoked by former presidents; President Joe Biden has expressly indicated that he will not invoke it on behalf of Trump administration officials.

Although the matter of executive privilege is still being decided in the courts, Meadows, along with former Trump administration officials Steve Bannon, Dan Scavino, and Kash Patel, have all been subpoenaed to appear before the committee. All four men initially indicated that they would not testify to the committee while the question of executive privilege was being decided. After the committee initiated legal proceedings against Bannon, Trump’s former White House Chief Strategist, Meadows changed his mind and agreed to testify. Bannon has persisted in his refusal and was indicted in November for contempt of Congress; his trial is scheduled for July 2022.

White House Chief of Staff, Meadows is the highest-ranking official to be called before the committee. His testimony could ultimately make or break the committee’s hypothesis that Trump was directly responsible for the storming of the U.S. Capitol, an attack in which more than one hundred police officers were injured and five died within days. To date, the connection between the officers’ deaths and the Capitol riot remains tepid.

“If indeed Mr. Meadows refuses to appear, the Select Committee will be left no choice but to advance contempt proceedings and recommend that the body in which Mr. Meadows once served refer him for criminal prosecution,” the two representatives said in the joint statement.