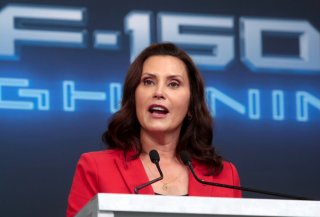 The federal version of the expanded child tax credit, brought into place by the American Rescue Plan Act in 2021, expired at the end of last year. Moreover, by all indications, negotiations in Congress to extend the child tax credit for another year are not going anywhere. There are already signs that the lack of such a credit has caused child poverty to rise throughout the United States.

However, some states have been working to pass child tax credits of their own, while others have proposals to do so pending in their legislatures. One such state is Michigan.

According to the Detroit News, the Michigan House passed a $2.5 billion plan to both cut taxes and implement a $500 child tax credit this week. The bill was pushed by Republicans in the House, although it got some Democratic votes as well.

"If we can’t do it now, when we’re looking at billions of dollars of surplus, then we’re never going to do it," said Rep. Matt Hall, chairman of the House’s Tax Policy Committee, told the newspaper.

In mid-February, per Click on Detroit, Michigan’s Senate passed a slightly different plan, although it also included a $500 child tax credit. This week, Republicans in both houses reached an agreement on a compromise that includes the child tax credit.

The office of the state’s Democratic governor, Gretchen Whitmer, said this week that it is "time to sit around the table to negotiate a bipartisan deal.” The Associated Press reported that the Republican deal on its own would be vetoed by the governor.

“The legislation that is making its way through the legislature is unsustainable and would either result in tax hikes later on for Michiganders or would make some of the largest funding cuts to schools, roads, and police protection for communities,” a Whitmer spokesman told the Associated Press.

“We are making a structural change that will gut our state government for years, for decades, for generations to come,” state Rep. Yousef Rabhi, an Ann Arbor Democrat and opponent of the Republican deal, told the Associated Press. “It will hamper our ability to respond in the face of a recession. ... There is no more fiscally irresponsible thing to do than what is being proposed here today.”

Whitmer, a frequent lightning rod in debates over pandemic restrictions, is facing re-election this year as she seeks a second term as governor. Potential Republican opponents include chiropractor Garrett Soldano, millionaires Kevin Rinke and Perry Johnson, former Detroit Police Chief James Craig, and commentator Tudor Dixon. The primary will be held in August.