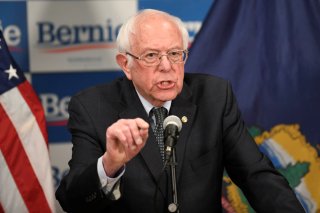 The Inflation Reduction Act, featuring elements of President Biden’s agenda that had been under consideration since the Build Back Better package last year, passed the U.S. Senate on Sunday by a fifty-fifty vote that was broken by Vice President Kamala Harris.

“Yesterday, I spoke with both Senator Schumer and Manchin and offered my support for a historic agreement to fight inflation and lower costs for American families.  It’s called the Inflation Reduction Act of 2022. Some of you will see a lot of similarities between the beginning of the Build Back Better initiative. It’s not all of it, but we’ve moved a long way,” the president said in late July after Senate Majority Leader Charles Schumer (D-NY) reached an agreement with Sen. Joe Manchin (D-WV) on the deal.

One thing not included in the final package was an extension of the expanded child tax credit, which was part of the Build Back Better framework in 2021. After Manchin expressed opposition last December, reportedly in specific reference to the expanded credit, that effectively meant the end of that policy during the current Congress.

The expanded credit did, however, have a last stand of sorts during the voting session on Sunday when Sen. Bernie Sanders (I-VT) proposed an amendment to add the expanded child tax credit to the bill.

“Pathetically, the United States has the highest child poverty rate of almost any major country on Earth, and it is especially high among young people of color,” Sanders said on the floor, according to Axios. “This is the wealthiest nation on Earth. We should not have the highest rate of childhood poverty of almost any country.”

No other lawmaker voted for the amendment, which went down to defeat. After all, a version of the bill without the expanded child tax credit had already been painstakingly agreed upon by all fifty senators who caucus with the Democrats.

Sen. Sherrod Brown (D-OH), who was pushing for an expanded child tax credit years before it went into effect, opposed Sanders’ measure.

“Sen. Sanders is right,” Brown said in the Senate on Sunday. “The child tax credit is one of the most important things this body did…But, I ask my colleagues to vote no because this will bring the bill down, a very good bill.”

The expanded child tax credit, which mandated monthly payments to most American families in the second half of 2021, expired at the end of last year when Congress failed to extend it. But during its brief existence, the expanded tax credit did succeed in significantly reducing child poverty.