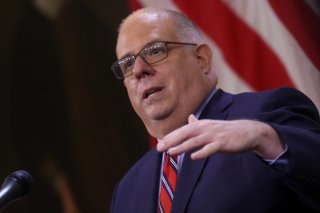 When the new year started, millions of American parents were thrust into a new reality in which they had to make ends meet without the help of monthly payments from the enhanced child tax credit (CTC).

Now that the federal CTC program has ended, Fox Business has reported that analysts at the Center on Budget and Policy Priorities (CBPP) are pressing state governments to step in and create their own version of the enhanced credits.

“Child tax credits are an important way that policymakers can help families make ends meet, help children thrive now and in the future, and help families and communities recover from the pandemic,” CBPP analysts wrote.

“The federal credit should be expanded, and states should also create and improve their own CTCs (among other tax credits that help households with low incomes). … Federal and state child tax credits are an effective way to target tax reductions to people and communities that could most use the help,” they continued.

According to CBPP, nine states have already funded their own CTC programs, and there could potentially be more on the way. For example, Colorado implemented a CTC program last year that families will be able to claim for the first time when they file their 2022 tax returns next year. Not to be outdone, Maryland created a new CTC for families with children with disabilities, and New Mexico recently signed off on a CTC worth a maximum of $175 per child.

“CBPP estimated that the Rescue Plan’s 2021 federal CTC expansion … will lift 4.1 million children, including 1.2 million Black and 1.7 million Latino children, above the federal poverty line. … Research suggests that additional income may lead to significant improvements in access to nutritious foods, maternal and infant health, the number of years of education children complete, and reduced stress on families with low incomes,” they added.

In the latter six months of last year, the enhanced child tax credit provided eligible parents as much as $3,600 for a child under the age of six and up to $3,000 for children between ages six and seventeen. This amounted to a $250 or a $300 payment for each child that was sent out to parents each month.

Without an extension to the program, the credit has plummeted by $1,000 per school-aged child and $1,600 per child under six. Furthermore, millions of the nation’s lowest-income families have become ineligible for the credits once again.