No End in Sight: Consumer Price Index Stuck at 8.5 Percent 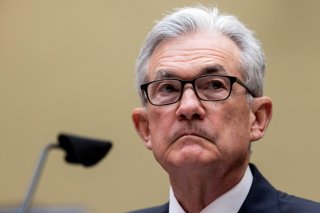 The Bureau of Labor Statistics’ latest Consumer Price Index (CPI), which covers prices that U.S. consumers pay for a variety of goods and services, was found to have reached 8.5 percent in July year-over-year, a decrease of 0.6 a percentage point from the month prior.

According to CNBC, consensus economists were expecting last month’s reading to reveal an 8.7 percent increase, according to estimates in a Bloomberg survey. On a monthly basis, the report showed that prices were unchanged even as energy prices plummeted by 4.6 percent and gasoline by 7.7 percent. That offset a 1.1 percent monthly increase in food prices and a 0.5 percent increase in shelter costs. The core CPI, which excludes highly volatile food and energy, climbed to 5.9 percent, which was in line with June’s figure.

Still, with the lower-than-expected CPI numbers, inflationary pressures remained strong. “The drop in gasoline prices has been very welcome, but that doesn’t solve the inflation problem,” Greg McBride, Bankrate’s chief financial analyst, told Yahoo Finance. “Consumers are getting a break at the gas pump, but not at the grocery store,” he added.

The report comes as the Federal Reserve looks to hike interest rates further to tame persistent inflation. Late last month, the central bank raised its key short-term rate by 0.75 percent for a second straight month. The unanimously approved rate increase put the federal funds rate at a range of 2.25 percent to 2.5 percent, the highest level seen since December 2018.

In a post-meeting statement, the rate-setting Federal Open Market Committee noted that “inflation remains elevated, reflecting supply and demand imbalances related to the pandemic, higher food and energy prices, and broader price pressures.” It reiterated that it “anticipates that ongoing increases in the target range will be appropriate.”

“The easing of overall inflation coupled with strong labor market conditions could provide some optimism to the Federal Reserve that the rate hikes are working and that the elusive ‘soft landing’—that is, bring inflation down without sending the labor market tumbling—is a possibility,” Lisa Sturtevant, Bright MLS chief economist, said in a note. “However, high housing costs and the challenges they post to prospective buyers and renters will continue to be a strain on the economy,” she continued.

Over the past weekend, Fed Gov. Michelle Bowman expressed the belief that she doesn’t expect inflationary pressures to recede anytime soon and sees a need to keep pushing rates higher. “My view is that similarly sized increases should be on the table until we see inflation declining in a consistent, meaningful, and lasting way,” she said in prepared remarks in Colorado for the Kansas Bankers Association, per CNBC.

She added that she sees “a significant risk of high inflation into next year for necessities, including food, housing, fuel, and vehicles.”