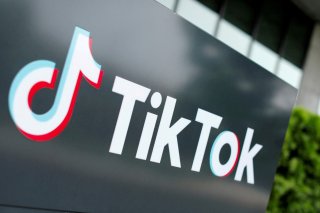 In late June, an Federal Communications Commission (FCC) commissioner wrote a letter calling on the CEOs of Apple and Google parent company Alphabet to remove TikTok from their app stores. Brendan Carr, one of the two Republican FCC commissioners, cited recent reporting by Buzzfeed News that employees of TikTok’s parent company in China have more access to user data than what has been acknowledged previously.

The letter gave July 8 as the deadline for the companies to respond, although as of July 7, neither had yet. Although, as many have noted, FCC commissioners and the FCC do not have the power to compel tech companies to remove individual apps from their stores. The FCC, for one thing, lacks jurisdiction over such stores.

Carr has given a subsequent interview to Business Insider, in which he acknowledged that his proposal is unlikely to lead to the app actually being removed.

“I think a lot of people are skeptical that that would happen," Carr said in the Business Insider interview of Apple and Google agreeing to remove TikTok. "They could say, 'You're right. They haven't been straightforward with their data flows. But we don't think that rises to the level here of the death penalty.’”

“TikTok should answer one simple question, which is, 'Can you guarantee that no member of the CCP has accessed or seen non-public US user data?” Carr added.

The Federal Trade Commission (FTC) is responsible for most regulations when it comes to such matters. Indeed, a bipartisan group of senators, including the Democratic and Republican leaders of the Senate Intelligence Committee, wrote a letter this week asking the FTC to investigate the issues raised in Buzzfeed’s reporting.

The letter did not call for a TikTok ban or removal from the app stores, but it did call on the Federal Trade Commission to “formally investigate TikTok and its parent company, ByteDance.”

“We write in response to public reports that individuals in the People’s Republic of China (PRC) have been accessing data on U.S. users, in contravention of several public representations, including sworn testimony in October 2021,” Sen. Mark Warner (D-VA) and Sen. Marco Rubio (R-FL)wrote to FTC chair Lina Khan.

“In light of this new report, we ask that your agency immediately initiate a Section 5 investigation on the basis of apparent deception by TikTok, and coordinate this work with any national security or counterintelligence investigation that may be initiated by the U.S. Department of Justice.”

Former President Donald Trump famously attempted to ban TikTok in 2020, even trying to force a sale of U.S. operations to Oracle, but the effort was never completed.