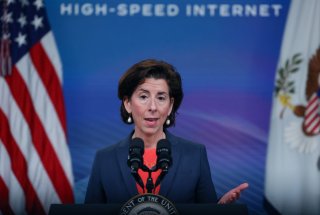 Over the last two years, there have been various reports about fraud in pandemic relief programs, sometimes amounting to billions of dollars. A new government report reveals that the Affordable Connectivity Program (ACP), a program meant to assist poor people with internet connectivity during the pandemic, is the latest such program to fall victim to fraud.

According to Light Reading, the Federal Communications Commission’s (FCC) Office of Inspector General (OIG) found that “roughly a dozen broadband providers have claimed funds through the Affordable Connectivity Program (ACP) based on fraudulent enrollments.”

The case was laid out in a memo from the FCC’s OIG earlier this month.

“OIG issues this advisory to alert consumers and providers to an improper and fraudulent enrollment practice by some providers of Affordable Connectivity Program (ACP) services. Most households are eligible for ACP support based on the subscriber’s own participation in a qualifying federal program like SNAP or Medicaid. However, many other subscribers are eligible through a Benefit Qualifying Person (BQP)—another household member, such as a child or dependent, who meets one of the ACP eligibility requirements.”

The office conducted an analysis of the data and found that in some cases, those Benefit Qualifying Person claims were fraudulent.

“OIG’s analyses of the BQP PII furnished by applicants during the verification and enrollment processes clearly show that a number of providers and their agents have enrolled many households into the ACP based on the eligibility of a single BQP. A single BQP cannot be used to qualify multiple households for ACP support simultaneously.”

The OIG found one especially terrible example in Oklahoma.

“In the most egregious example identified, more than one thousand Oklahoma households were enrolled based on the eligibility of a single BQP, a 4-year old child who receives Medicaid benefits,” the report said. “The child’s first and last names, date of birth, and L4SSN were used over and over again—often several times each day—to complete new ACP enrollment transactions beginning in December 2021.”

The report did not mention the specific internet service provider.

“In this Public Notice, the Wireline Competition Bureau (Bureau) announces that it is implementing additional measures to strengthen program integrity surrounding the enrollment of households in the Affordable Connectivity Program based on a Benefit Qualifying Person. These measures are consistent with the Commission’s rules governing the Affordable Connectivity Program and are necessary to prevent waste, fraud, and abuse,” WCB said.