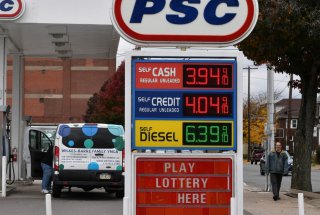 In the final week before Tuesday’s midterm elections, average gas prices in the United States increased, per GasBuddy. After one month of decline, the average price rose 6.2 cents to $3.78 per gallon.

The average price has nevertheless dropped 11.5 cents from the previous month.

“Just over half of the nation’s 50 states saw gasoline prices rise last week, pulling the national average back up for the time being due to big jumps in the Great Lakes and continued increases in New England and mid-Atlantic states,” Patrick De Haan, head of petroleum analysis at GasBuddy, said in the blog post.

“For now, the rise in the Great Lakes, brought on by tight supply, has already started to ease, and declines should start again. In the northeastern U.S., prices are likely to inch up a bit more. National diesel supply remains tight, but supplies of diesel did see a slight rise last week. The majority of stations, especially away from the East Coast and Northeast, should have very few issues with diesel supply, though some stations in those regions could see diesel delivery times slip. Brief outages at a limited number of stations are possible, but with refineries continuing to churn out products and maintenance wrapping up, I’m optimistic the situation will improve.”

De Haan also noted on Twitter this week that reports of a national diesel shortage were inaccurate, and in fact, one station in Pennsylvania did not have diesel available last week due to a “computer issue.”

The most commonly-encountered gas price last week was $3.39 per gallon, GasBuddy said, a thirty-cent decline from the week before. The median gas price in the country is now $3.69 per gallon.

The other weekly report, from AAA, also saw an increase, to $3.80 a gallon, which is 9 cents less than one month ago but 38 cents more than one year ago.

This was attributed to the fact that “worries over Russian oil production cuts have renewed concerns about global supplies,” although AAA also noted that new COVID restrictions in China could affect the global economy and therefore bring prices back down.

“The oil market, like the stock market, hates negative headlines, no matter how speculative,”  Andrew Gross, AAA’s spokesperson, said in the report. “And that is why we see the oil price back over $90 a barrel. More expensive oil usually leads to more expensive gasoline, but the recent Covid-related news from China may stem this increase.”

Over the weekend, President Joe Biden tweeted that the “most common price at gas stations across the country is $3.19 per gallon,” although it was pointed out that the average price is much higher than that.