Experts: Gas Prices Will Keep Dropping Throughout the Fall 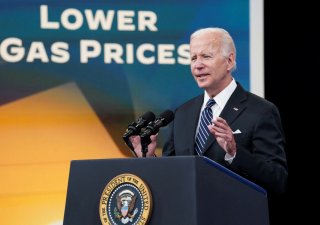 There’s good news on the horizon for those long-frustrated drivers who have been wishing to see sub-$3 per gallon gas again.

“I think the good news is going to keep going for now,” Patrick De Haan, head of petroleum analysis at GasBuddy, told the business news outlet.

“I’m hopeful we can get to $3.49 between Halloween and Thanksgiving,” he continued, adding that there is an outside chance that the national average reaches as low as $3.29 per gallon if there are no major hurricanes or refinery outages.

“I still think we could see some states drop under $3, primarily Oklahoma, Texas by the end of the year, if not earlier,” De Haan concluded.

Andrew Gross, AAA’s spokesperson, noted that he will be closely watching what the final month of peak hurricane season brings.

“According to weather analysts, it’s the first time in twenty-five years that a named Atlantic storm did not develop in August. That’s the good news,” he said in a release.

“But we still have another month of peak hurricane season, and these storms can affect gas prices by disrupting oil production and refining,” he added.

Meanwhile, Tom Kloza, head of global energy analysis at Oil Price Information Service, admitted that there’s a possibility that pump prices could turn higher again toward the end of the year.

“Prices on balance are going to be relatively palatable for the rest of the year,” he told CNBC. However, “there’s too many things that could cause a wobble higher.”