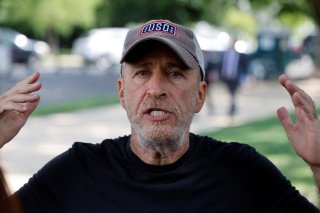 Senate Republicans appear to be backtracking on a veterans health care bill after being the target of intense criticism for stymieing the legislation last week, according to a new Politico report.

Last Thursday, Senate Republicans blocked a bipartisan measure that would have expanded health care benefits for an estimated 3.5 million U.S. veterans exposed to toxic burn pits during the wars in Afghanistan and Iraq.

Known as the Honoring Our PACT Act, the legislation passed both the House and the Senate with bipartisan support last month. However, due to a snag in the bill’s language, it needed to pass the House and Senate again. On Wednesday night, forty-one Senate Republicans blocked the legislation’s passage, including twenty-five who had supported it just a month ago.

Majority Leader Chuck Schumer (D-NY) is expected to force another vote on the bill later this week.

Politico reported that “Republicans insist their decision to hold up the bill … was unrelated to the deal on party-line legislation that top Democrats struck last week.”

Senate Republicans decided to block the legislation “hours after Sen. Joe Manchin (D-WV) and Majority Leader Chuck Schumer (D-NY) announced an agreement on a health care, climate and tax package—angering Republicans who thought the Democrats-only plan would be much narrower.”

Republicans acknowledged that they blocked the bill largely because of concerns raised by Sen. Pat Toomey (R-PA), who highlighted the term “budgetary gimmick”—language that he contended could allow certain funds to be used for programs that are not focused on veterans’ health care.

Meanwhile, Minority Leader Mitch McConnell (R-KY) said that the bill “will pass this week.” Similar sentiments were expressed by Sen. John Barrasso (R-WY), who told Politico that he would “expect it to pass.” Thune added that at “some point this is going to pass and it will pass big.”

In addition to expanding health care benefits, the bill also aims to remove the burden of proof from veterans and their families by presuming a number of conditions could be related to exposure to toxic fumes from burn pits.

Such open-air burn pits were common at U.S. military bases during the wars in Iraq and Afghanistan. Dangerous materials were regularly doused in jet fuel and set on fire, spewing toxic fumes into the air.

Many individuals have developed cancers, respiratory illnesses, and other serious health conditions, according to veteran groups.