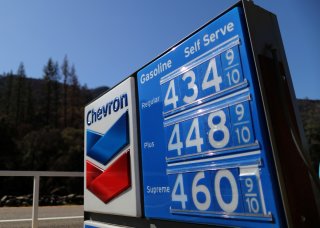 For residents of Maryland, the phrase “pain at the pump” turned into a major understatement this past weekend.

According to WJLA in Washington, D.C., gas prices surged by thirty-six cents per gallon due to the expiration of the gas tax holiday. Motorists looking for more financial help might be disappointed, as “drivers in the state will not get extended relief at the gas pump,” the news station stated.

Maryland initially became the first state to suspend its gas tax when Gov. Larry Hogan signed a bill that waived the state’s thirty-six cents per gallon tax on gasoline for thirty days. The average price of gas in the state—$3.92—soon fell below the national average of $4.08, according to AAA data.

Angelo Kourkafas, an investment strategist at Edward Jones, noted that the gas tax holiday should only be seen as a temporary fix.

“It’s still a smaller part in terms of overall consumption of the wallet. So these types of measures for sure help but it is a temporary Band-Aid,” Kourkafas told WJLA. “Even though we might see consumers pulling back on other purchases, we still think that consumers are generally in a good shape to be able to weather some of these headwinds from high energy prices.”

Drivers received some good news last week, however, when Patrick De Haan, head of petroleum analysis at GasBuddy, acknowledged that he believed gas prices were already on a downward trajectory.

“Gas prices have continued to move in the right direction—down—saving Americans approximately $100 million every day compared to when prices peaked about a month ago,” he said in a blog. “And, more good news is on the horizon: the national average this week will likely fall back under the critical $4 per gallon mark.”

However, per Fox Business, another industry expert is contending that the national average for a gallon of gas could potentially creep back up to $4.20.

Within the past week, gasoline futures rose by thirty cents, “which is just bad news for the consumer,” according to Andy Lipow, president of Lipow Oil Associates.

He referred to OPEC Secretary General Mohammed Barkindo’s recent indication that “OPEC+ could not replace a complete loss of Russian oil to the market,” as well as reports that the “EU is considering adopting a phased in ban on the purchase of Russian oil and gas.”

Lipow noted that “these two items show the magnitude of the supply gap should Russian oil be banned by the USA and the European Union or completely shut out of the world market.”

“How does the world come up with nearly five million barrels per day of alternate supplies if the European Union were to ban all Russian oil imports? It simply can’t do it today,” Lipow concluded.