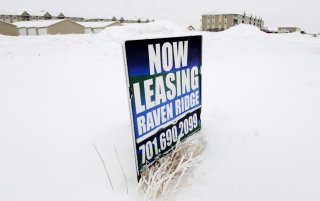 According to new data released by Realtor.com, the median cost of renting housing units with two or fewer bedrooms in the fifty-largest U.S. metro areas surged to $1,792 in February, the highest ever recorded.

That sizable increase, to the tune of more than 17 percent compared to February 2021, marked the seventh consecutive month in which rent spikes reached double digits. According to Money.com, “that jump is having an enormous impact on many Americans’ budgets.” Realtor.com said that “February rents made up 29.7% of the typical household income in the 50 largest U.S. metros, a higher share than during the same month in 2021 (25.3%).”

The data also showed that warm-climate cities in Florida and Texas are driving a large chunk of the rental-price gains. Across the Sun Belt, rents surged 22.5 percent just over the past year. In Miami, the median rent skyrocketed a whopping 55 percent year-over-year. “With rents up by nearly 20% over the past two years, rental prices are likely to remain high, but we do expect some cooling from the recent accelerated pace,” Realtor.com chief economist Danielle Hale said in a press release. “In light of mounting economic uncertainties and the conflict in Ukraine, some households will prefer to buy, in an effort to lock in a largely fixed monthly payment as a hedge against further inflation. But fast-rising mortgage rates and still-limited numbers of homes for sale could mean some would-be buyers may stick with the flexibility of renting. With rental demand already outmatching supply, rental affordability will remain a challenge,” she continued.

Similar to the rental market, the Sun Belt cities of Phoenix, Tampa, Florida, and Miami had the largest annual gains at 32.6 percent, 30.8 percent, and 28.1 percent, respectively. In addition, sixteen of the twenty cities in the index saw higher year-over-year price increases. “The monthly payment for a median-priced home has jumped 30 percent in the past year, far outpacing even fast-rising consumer prices, up almost 8 percent from a year ago,” George Ratiu, senior economist at Realtor.com, said in a statement.

For those who are hoping for some relief on the way, a report from Zillow said that they will likely have to wait until at least summer. “Annual home value growth is likely to continue accelerating through the spring, peaking at 22 percent in May, before gradually slowing through February 2023,” the researchers wrote. “Monthly home value growth is also expected to continue accelerating in coming months, rising to 1.8 percent in March and 2 percent in both April and May before slowing somewhat,” they continued.