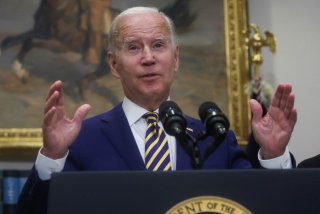 The Biden administration’s sweeping federal student loan forgiveness plan will cost an estimated $400 billion over the next three decades, according to a Congressional Budget Office (CBO) report released on Monday.

Under the loan relief plan, those with federal student loans who make under $125,000 annually, or couples earning less than $250,000, qualify for up to $10,000 in forgiveness. But if a borrower received a Pell Grant to attend college, they could potentially get up to $20,000 in relief.

In addition to the costs to forgive that debt, the CBO estimated the cost of the moratorium on student loan payments from September through December will total about $20 billion.

“The president announced possibly the most expensive executive action in history without a score, and we’re now seeing just how expensive this policy is going to be,” Marc Goldwein, senior vice president for policy with the Committee for a Responsible Federal Budget, told the Washington Post.

The newspaper added that the CBO figures do not include the cost of the White House’s plan to cap the monthly amount borrowers can be forced to repay as a percentage of their income from 10 percent to 5 percent.

Many Republicans, however, have criticized the forgiveness plan as a giveaway that transfers wealth from the working class to people who attended college.

Meanwhile, as reported by The Hill, the White House on Monday pushed back on CBO’s projection that 90 percent of income-eligible borrowers will apply for student loan cancellation.

“CBO called its own estimate ‘highly uncertain.’ We agree,” the White House said in a memo.

“CBO assumes that 90% of eligible borrowers take the necessary steps to claim relief. We would be thrilled if 90% of eligible middle- and low-income Americans applied for this program. But unfortunately, that’s unlikely based on the data from other programs,” it continued.

The White House added that the cost is not $400 billion “this year, next year, or even over ten years.”

“While the CBO estimate is meant to reflect the full effects over the entire lifespan of the program, the annual cash flow effects—which is what matters for the federal debt and for economic impacts—are much smaller. All estimates of the Administration’s plan will face this same challenge,” it concluded.