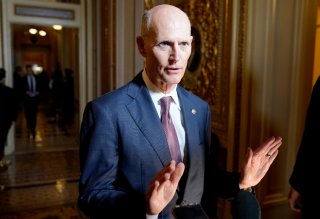 Despite that a 2021 government report warned that Social Security would lose the ability to pay out full benefits a year earlier than previously projected, it hasn’t made front-page news so far this year.

One exception, however, has been the  reaction to a plan put out this spring by the Republican Senatorial Campaign Committee (RSCC), titled the "11-Point Plan to Rescue America." The plan, which has largely been pushed by RSCC chairman Sen. Rick Scott (R-FL), is seen as an overarching campaign document for the midterms elections similar to Newt Gingrich’s 1994 “Contract With America.”

The plan, however, has run into opposition from Republicans, with Sen. Mitch McConnell (R-KY), the Senate minority leader, publicly criticizing Scott’s manifesto. “We will not have as part of our agenda a bill that raises taxes on half the American people and sunsets Social Security and Medicare within five years.”

At issue, as well, are provisions in Scott’s plan, which proposes to “force Congress to issue a report every year telling the public what they plan to do when Social Security and Medicare go bankrupt.” In addition, the plan calls for “no government assistance unless you are disabled or aggressively seeking work,” and for all legislation to sunset after five years.

This week, op-ed writers and fact-checkers have been facing off about Scott’s plan and what it means for Social Security.

Vance Larsen, in a Seattle Times op-ed this week, questioned the notion raised by Scott that Social Security is “bankrupt,” which is part of a long-running semantic argument about the solvency of Social Security.

“This is a narrative that is at worst false and at best misleading. It is important to provide some context as to where that figure comes from, and while there is cause for concern, it is not a doomsday scenario, nor an unfixable problem,” Larsen wrote. “Whether the terms bankrupt and insolvent accurately describe the future financial picture of Social Security is debatable, but what is more important is how people interpret those words and make predictions and decisions about retirement.”

Meanwhile, Politifact raised objections to a Democratic Senatorial Campaign Committee ad about Scott’s plan, calling it misleading. Politifact argues that it’s not true that the plan is the “Senate Republicans” plan, or that it specifically calls to “end Social Security” or to “end Medicare.”

“The plan would sunset all federal laws after five years, requiring Congress to renew the laws it wants to keep. Federal sunsetting provides for programs to terminate automatically on a periodic basis unless they are explicitly renewed by law,” Politifact concluded.