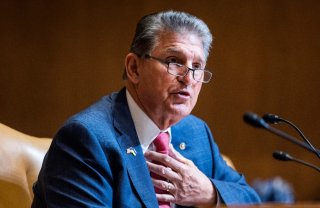 Sen. Joe Manchin (D-WV) and Sen. Lisa Murkowski (R-AK) confirmed on Monday that they have tested positive for Covid-19.

“This morning I tested positive for Covid-19,” the seventy-four-year-old Manchin wrote on Twitter.

“I am fully vaccinated and boosted and am experiencing mild symptoms. I will isolate and follow CDC guidelines as I continue to work remotely to serve West Virginians,” he added.

Several hours later, Murkowski, who is sixty-five, tweeted: “After experiencing flu like symptoms I recently tested positive for COVID-19. I will be following guidance and advice from doctors and will be quarantining at home in Alaska while continuing my work remotely.”

According to CNN, it is unclear how Manchin’s isolation will affect Democrats’ efforts to make positive headway on their legislative agenda, such as protecting same-sex marriage and changing laws regarding prescription drug prices. Long considered one of the most moderate Democrats in Congress, Manchin represents an important vote in the Senate chamber that is split evenly. The Senate is scheduled to begin its August recess in two weeks.

Meanwhile, President Joe Biden, who was diagnosed with Covid-19 last Thursday, said Monday that he was “feeling great” as his symptoms have begun to wane.

“I had two full nights of sleep all the way through,” the seventy-nine-year-old Biden told reporters.

“When questioned, at this point, he only notes some residual nasal congestion and minimal hoarseness,” O’Connor wrote in a letter disclosing his status.

That is believed to be an improvement from over the weekend when O’Connor said that Biden had suffered from a sore throat, body aches, and a loose cough.

The positive Covid cases come as the highly transmissible Omicron BA.5 subvariant now accounts for about 80 percent of current Covid cases circulating in the country, according to data released by the U.S. Centers for Disease Control and Prevention (CDC). Just last month, BA.5, first detected in the country at the end of April, only represented about 29 percent of cases.

The subvariant has been shown to be particularly adept at evading the immune protection afforded either by vaccination or prior infection.

Dr. Anthony Fauci, the chief medical adviser to Biden, warned on CBS Saturday Morning that the world is “not going to eliminate or eradicate this virus.”

“We're going to have to live with it because it's the virus that has such a degree of transmissibility that it's not going to just disappear,” he added.