Is Social Security Running Out of Money? Well, It's Complicated. 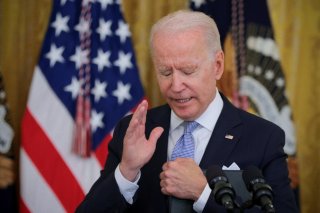 Since its founding in 1935, the Social Security Administration has faced repeated predictions of its upcoming insolvency. For decades, the administration took in more money than it paid out. In 2019, the Social Security Trust Fund had a surplus of nearly $3 trillion. However, this is no longer the case. Social Security taxes cannot cover the benefits that the agency provides every year, with the result that its trust fund is gradually being drained. By 2035, according to some estimates, the coffers will be empty.

However, to characterize the agency as “insolvent” is a gross oversimplification of the issue. Because Social Security taxes continue to be collected on a large younger generation, the agency will never run out of money altogether. If no action is taken before 2035, the surplus will run dry—but benefits will still be paid out as the money for them is collected from taxes. Because these taxes will not be able to cover everyone’s benefits, a benefit cut of roughly twenty percent will be necessary, but reports that the program will collapse if Congress does nothing are vastly overstated.

The solution for Social Security’s financial insecurities is a simple one. Because the agency’s benefits outweigh its taxes, to fix this problem, either Social Security taxes must be raised or benefits must be cut. In practice, a solution will probably consist of some combination of these two factors. Such fixes have been attempted before, notably under both the Bush and Obama administrations. However, attempts to reconcile the Social Security Administration’s inflows with its obligations are usually unsuccessful, because fiscal conservatives strongly oppose raising taxes to pay for benefits, and advocacy groups for retired Americans—most notably the American Association of Retired Persons, or AARP—strongly oppose cutting benefits to ensure long-term stability.

The Bush- and Obama-era proposals were not advocated strongly enough by either administration to overcome political opposition. As 2035 approaches, the Social Security Administration’s financial problems will become more acute, leading to increased pressure on lawmakers to take action. One thing is clear: Social Security is one of the most popular federal programs, and even if small cuts are made, it is going nowhere.

Of course, even if Social Security benefits are not cut, they are not a replacement for saving during one’s career. The average Social Security benefit is only around $1,500—for most people, not enough to retire comfortably. To augment this sum, it is highly recommended that Americans build nest eggs of their own, through accounts such as a 401(k) and a Roth IRA.