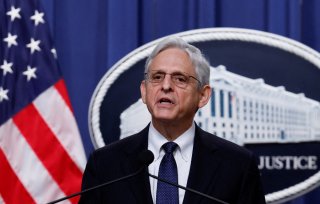 In recent weeks, “rainbow fentanyl” has been hitting American communities hard. On August 30, the Drug Enforcement Agency (DEA) issued a warning “advising the public of an alarming emerging trend of colorful fentanyl available across the United States.” The DEA went on to describe it as “a new method used by drug cartels to sell highly addictive and potentially deadly fentanyl made to look like candy to children and young people.”

The rainbow fentanyl scare has since been all over the news, tied into everything from anti-immigration sentiment to China to fears of tainted Halloween candy.

One former DEA official appeared on Fox News in August and declared that “you have the Chinese Communist Party that are looking to destabilize this country by killing the kids. It’s that simple.” The chair of the Republican National Committee, Ronna McDaniel, went on the same network and raised the possibility of the multi-colored drugs making their way into children’s Halloween candy baskets. A Fox News segment this week focused on the Halloween aspect almost exclusively, with one panelist even suggesting that kids skip treat-or-treating this year.

The rainbow fentanyl fears have been bipartisan. The first warning, after all, came from the Biden administration’s DEA, while the Senate Majority Leader, Sen. Chuck Schumer (D-NY) called this week for $290 million in new funding to fight fentanyl, including the “rainbow” kind.

“This is fentanyl, this is a Sweetart — you tell me the difference,” Schumer said, per the New York Post, showing pictures of both. "Halloween is coming up … this is really worrisome and really dangerous.”

Some skepticism, however, has been raised about rainbow fentanyl. For one thing, it makes little sense for drug dealers to target children, who have little money and whose overdose deaths tend to draw the sort of law enforcement attention that drug dealers dislike. There’s little evidence that “rainbow” fentanyl is new or more dangerous than regular fentanyl, and it’s more likely that multi-colored pills are a marketing choice by drug dealers to differentiate their product, than a nefarious plot originating in China to kill children.

“There is no evidence—none whatsoever—that these pills are being peddled to the playground set,” a Reason magazine analysis this week said. “Fentanyl is not just a deadly drug: It's a scourge upon the land. But candy-munching kids aren't the target, and scaring parents into thinking otherwise is a waste of the DEA's time.”

Amid all that, the Department of Justice this week announced a major seizure of drugs, including fentanyl.

The DEA and law enforcement partners, as part of a multi-month effort, called the “One Pill Can Kill” initiative, “seized more than 10.2 million fentanyl pills and approximately 980 pounds of fentanyl powder.” The drugs were seized between May 23 and September 8, along with 338 weapons, including “rifles, shotguns, pistols, and hand grenades.”

“Across the country, fentanyl is devastating families and communities, and we know that violent, criminal drug cartels bear responsibility for this crisis,” Attorney General Merrick B. Garland, said in the announcement. “The Justice Department, including the extraordinary professionals of the DEA, is working to disrupt and dismantle the operations of these cartels, remove deadly fentanyl from our communities, and save Americans’ lives.”

The drug seizures were not one big raid on one particular drug operation in one place, but rather were the result of an “enforcement surge” in which all of those drugs and weapons were seized during a specific time period across the country. Law enforcement entities often conduct similar surges when combatting human trafficking.

It’s worth noting that the seizures were not all, or even primarily, of rainbow fentanyl. In fact, that phenomenon is only mentioned in passing in the press release from the DOJ.

“Drug traffickers have expanded their inventory to sell fentanyl in a variety of bright colors, shapes, and sizes,” the release said. “Rainbow fentanyl was first reported to DEA in February 2022, and it has now been seized in 21 states.”

Filter Mag has also weighed in on the rainbow fentanyl craze.

“The ‘rainbow fentanyl’ panic is a natural extension of several things: the long-standing annual tradition of Halloween candy-based fearmongering; the escalating demonization of fentanyl as a call for increased funding to law enforcement and border patrol, and for higher-potency naloxone products developed by pharmaceutical companies; and the need to convince a public acclimating to the idea of fentanyl that, actually, fentanyl is even scarier than they thought,” the magazine said.