Was Jeffrey Epstein's Lawyer Behind the Mar-a-Lago Raid? 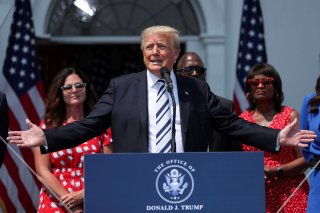 On Monday, former President Donald Trump’s Mar-a-Lago estate in Palm Beach, Florida, was raided by FBI agents. Subsequent reporting indicated that the raid was in connection to the investigation of the former president having taken classified documents from the White House with him to his Florida estate, although there’s been speculation that other investigations involving the ex-president could be part of the raid.

The day after the raid, a new genre emerged of conspiracy theories involving the raid, one involving Jeffrey Epstein.

Journalist Țară Palmeri of Puck News tweeted Tuesday that “there's always a Jeffrey Epstein angle: Bruce Reinhart, the magistrate in West Palm who signed off on the warrant to search Trump's mar-a-lago, left the US Attorney's office to represent Epstein's staff his first sex trafficking case.”

Reinhart, she added, was named in a Crime Victims’ Rights Act lawsuit which, per the Miami Herald, “accused him of violating Justice Department policies by switching sides, implying that he leveraged inside information about Epstein’s investigation to curry favor with Epstein.”

Reinhart was appointed to the bench in 2018 when Trump was president and Sen. Rick Scott was governor (federal magistrates are appointed by panels of other federal judges).

What’s the significance of this? It’s not clear.

It would appear that those highlighting this connection are implying that there is still an active conspiracy among those close to Epstein, who died in a Manhattan jail three years ago.

Those more inclined towards QAnon-style theories would likely argue that the conspiracy also includes the entirety of the Democratic Party and that Trump is the leading bulwark against said conspiracy, despite having left office, and not having destroyed said conspiracy while he was president.

But there is little to no evidence of any of that.

Trump was also friends with Epstein for many years, and his own Secretary of Labor, Alex Acosta, had to resign in 2019 after the non-prosecution agreement he reached with Epstein in 2008 came under scrutiny.

Per the Herald, Reinhart did not represent Epstein himself, but rather some employees of the billionaire, including his pilots, his scheduler, and a woman described as Epstein’s “sex slave.” Even so, being a white-collar criminal defense lawyer often means representing unsavory clients, and acting as one’s attorney does not make one a participant in their alleged crimes.

And finally, if the raid on Trump’s estate was completely baseless and, theoretically, had been signed off on by a corrupt judge, what would be the point? The case will still go forward in the justice system, and Reinhart, as the magistrate judge, wouldn’t have anything to do with it ever again.