What the Midterm Results Mean for Social Security’s Future 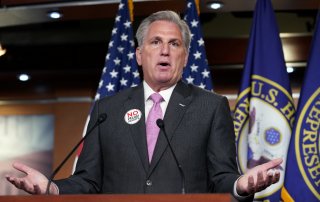 Social Security was talked about a lot in the run-up to the midterm elections this year, much more than is usually the case. Some Republicans hinted at wanting to reform the program, with one messaging document even proposing sunsetting all federal legislation, including Social Security and Medicare, after five years. Democrats, meanwhile, ran against such proposals.

Now that the elections are over, what does it mean for Social Security going forward? Probably not much.

One primary scenario that had been floated before the election—that a Republican House majority would refuse to raise the debt ceiling unless Democrats agreed to cuts in spending that would include Social Security—may be less likely with such a small Republican majority. When the Republicans provoked debt-ceiling brinksmanship during the Obama administration, it was with a much larger House majority.

Furthermore, the “11 Point Plan to Rescue America,” which was authored by Sen. Rick Scott (R-FL) as a campaign document and included the sunsetting proposal, would appear to have been discredited. That’s because the Republicans’ Senate campaign efforts are widely seen as a failure, with the party failing to flip any seats and actually losing the open seat in Pennsylvania. However, the results of next month’s Senate runoff in Georgia await.

Meanwhile, there were multiple Democratic proposals this year for reforming Social Security, including Rep. John Larson’s Social Security 2100 legislation and Sen. Bernie Sanders’ Social Security Expansion Act. Neither gained much traction in the current Congress under a Democratic trifecta, so they would seem even less likely to pass in the next Congress, especially with Republican control of the House.

Of course, there always remains the possibility of a “grand bargain” on a bipartisan deal, possibly in a way that involves Social Security. Such proposals were the subject of talks when Barack Obama was president and John Boehner was speaker of the House, although no such bargain was ever reached.

In the meantime, the clock continues to tick towards the date when Social Security will lose the ability to pay out full benefits.