Will Graham’s Abortion Bill Cause a Crisis? Biden Thinks So 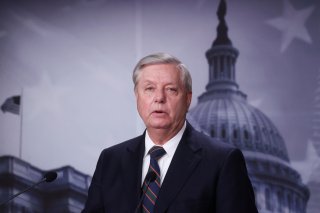 The White House and the American College of Obstetricians and Gynecologists are contending that a GOP-led proposal to ban abortion nationwide after fifteen weeks would endanger women’s health and have severe consequences for doctors and the health care system, the Associated Press reported.

“If passed and enacted, this bill would create a nationwide health crisis, imperiling the health and lives of women in all 50 states,” Jennifer Klein, director of the Gender Policy Council at the White House, wrote in a memo.

“It would transform the practice of medicine, opening the door to doctors being thrown in jail if they fulfill their duty of care to patients according to their best medical judgment,” she continued.

Per The Hill, Klein cited a study from The New England Journal of Medicine that discovered that many providers do not provide information to patients about abortion in cases where the health of the mother or the fetus is in danger.

“Providers have sent home patients whose health is in jeopardy, unable to provide care under the law, and only provided appropriate treatment once they returned with signs of a life threatening condition like sepsis,” Klein wrote. “Finally, the study notes that some providers are planning to leave Texas entirely.”

Meanwhile, the American College of Obstetricians and Gynecologists, a nonprofit organization representing more than 60,000 physicians nationwide, stated in a White House letter that such restrictions on abortion “threaten the very integrity of the medical profession by interfering with providers’ duty of care, violating long established principles of medical ethics, and intruding upon honest, open communication between patients and providers.”

Introduced last week by Sen. Lindsey Graham (R-SC), the Protecting Pain-Capable Unborn Children from Late-Term Abortions Act includes exceptions for abortions that are necessary to save the life of the mother or when the pregnancy is the result of rape or incest. It would also not affect state laws that are already more restrictive.

The bill, however, has nearly no chance of becoming law in the Democratic-controlled Congress.

“Abortion is not banned in America. It's left up to the elected officials in America to define the issue,” Graham said alongside anti-abortion rights advocates while unveiling the measure on Capitol Hill.

In June, Graham called the Supreme Court’s controversial decision to strike down Roe v. Wade, the 1973 landmark decision that established the constitutional right to an abortion, a “long overdue constitutional correction allowing the officials in the states to decide issues of life.”