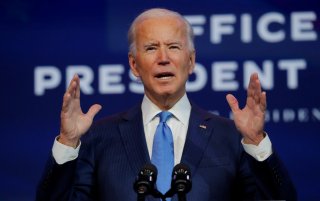 In the first known major legal challenge to President Joe Biden’s sweeping student loan forgiveness plan, a public interest lawyer on Tuesday filed a lawsuit arguing that the policy is an abuse of executive power, according to a new Axios report.

The lawsuit, which names the Department of Education as a defendant, says that plaintiff Frank Garrison will be forced to pay state taxes on the forthcoming student loan amount canceled—an expense he would otherwise have avoided.

“These taxes would not be owed for debt forgiveness under the Congressionally authorized program rewarding public service,” per the filing.

The lawsuit, filed in the U.S. District Court for the Southern District of Indiana, is backed by Garrison’s employer, the Pacific Legal Foundation, which is a nonprofit, libertarian law firm.

According to a press release from the firm, the suit challenges the agency’s “unacceptable abuse of executive authority to restore the rule of law and to enforce the Constitution’s separation of powers.”

Meanwhile, White House assistant press secretary Abdullah Hasan said in a statement that “the claim is baseless for a simple reason: No one will be forced to get debt relief.”

“Anyone who does not want debt relief can choose to opt out,” he continued. “Why would this group bring this baseless claim? Because opponents of the debt relief plan are trying anything they can to stop this program that will provide needed relief to working families.”

“Opponents of the Biden-Harris administration student loan plan are trying to stop it because they know it will provide much-needed relief for working families,” she said.

The lawsuit comes a day after the Congressional Budget Office (CBO) estimated that the student loan forgiveness plan will cost $400 billion over the next three decades.

Under the loan relief plan, those with federal student loans who make under $125,000 annually, or couples earning less than $250,000, qualify for up to $10,000 in forgiveness. And if a borrower received a Pell Grant to attend college, they could potentially get up to $20,000 in relief.

In addition to the costs to forgive that debt, the CBO estimated the cost of the moratorium on student loan payments from September through December will total roughly $20 billion.

The White House on Monday pushed back on CBO’s projection that 90 percent of income-eligible borrowers will apply for student loan cancellation.

“CBO called its own estimate ‘highly uncertain.’ We agree,” the White House said in a memo. “CBO assumes that 90% of eligible borrowers take the necessary steps to claim relief. We would be thrilled if 90% of eligible middle- and low-income Americans applied for this program. But unfortunately, that’s unlikely based on the data from other programs.”