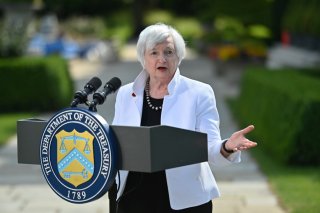 On Wednesday, Treasury Secretary Janet Yellen sought to quell worries that the $80 billion the Inflation Reduction Act earmarked for the Internal Revenue Service (IRS) over the next decade would result in more middle-class Americans and small businesses getting audited.

According to a new CNN report, Yellen directed the tax agency in a letter not to use any of the new funding to increase the chances that Americans who make less than $400,000 a year will get audited. Additionally, the Biden administration has repeatedly stated that the IRS would only ramp up enforcement activity on high-wealth taxpayers and large corporations.

“Specifically, I direct that any additional resources—including any new personnel or auditors that are hired—shall not be used to increase the share of small business or households below the $400,000 threshold that are audited relative to historical levels,” Yellen wrote in the letter to IRS Commissioner Charles Rettig.

“This means that, contrary to the misinformation from opponents of this legislation, small business or households earning $400,000 per year or less will not see an increase in the chances that they are audited,” she continued, adding that enforcement resources will instead “focus on high-end noncompliance.”

Meanwhile, in a recent letter to the Senate, Rettig noted that the additional resources are “absolutely not about increasing audit scrutiny on small businesses or middle-income Americans.”

CNBC reported that the Treasury Department estimated in a report last year that the $80 billion in funding may cover about 87,000 employees. The Treasury Department clarified in a statement to CNBC that these new hires will include positions beyond auditing, such as customer service or IT workers. Rettig has also told lawmakers that the IRS would need to hire 52,000 individuals over the next six years just to maintain current staffing levels.

With the new funding, the IRS is projected to raise $124 billion in additional tax revenue over the next ten years, which is a key part of the Democrats’ plan to offset the cost of their legislation to reduce prescription drug costs and battle climate change. The bill, which narrowly passed the Senate on Sunday, is awaiting a vote in the Democrat-controlled House of Representatives.

According to the 2021 Treasury Inspector General for Tax Administration report, IRS audits fell by 44 percent between fiscal years 2015 and 2019. For Americans making $1 million or more, audits plunged by 75 percent.