The A-12 Spy Plane was Dead on Arrival, But It was Meant for Greatness 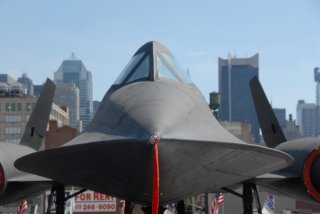 Here's What You Need to Remember: Advancements in spy satellite technologies allowed the CIA to reproduce much of the information that would have been procured by the A-12 without the political risk of sending U.S. pilots on spying missions over hostile territory.

A worthy successor to the iconic U-2 spy plane, the Lockheed A-12’s service life was nonetheless cut short by technological progress and a shifting Cold War political climate.

Following numerous prototypes, several lost models, and crew deaths during testing, the A-12 finally entered service in 1967. Eighteen planes were built, of which only thirteen were mass-produced A-12’s; the others were pre-production units or drone carrier variants. As part of operation Black Shield, A-12’s flew dozens of reconnaissance sorties in the latter stages of the Vietnam War. These missions revealed the positions of North Vietnamese missile systems and other enemy assets, although the degree to which the A-12 succeeded in evading Soviet radars remains disputed.

Mark Episkopos is the new national security reporter for the National Interest. This article is being republished due to reader interest.