14 Years: How Long Japan Took to Develop the Type 74 Tank 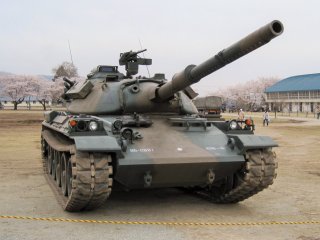 Here's What You Need to Remember: The country has focused more energy on its Type 16 Mobile Combat Systems (MCS), a more affordable anti-tank platform. Perhaps such a move should have been made while the Type 74 was in development.

During the Cold War, the Japanese military developed new tanks, which were a serious step in the right direction from the underwhelming Type 97 “Chi-Ha” medium tanks, but still fell short of anything the Japanese Ground Self Defense Force (JGSDF) might have faced in an invasion from the Soviet Union.