In 2019, Japan Intercepted Over 1,000 Chinese Fighter Jets In The East China Sea 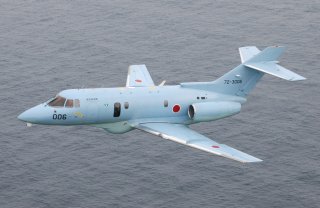 Here's What You Need To Remember: The sheer volume of Japanese encounters with Chinese aircraft has undoubtedly increased Japan’s familiarization with Chinese aircraft, tactics, maneuvers and strategies. In any future conflict, these factors are likely to be of great intelligence value.

While the flights do not violate Japan’s territorial airspace, they do enter an area around Japan that’s called an Air Defense Identification Zone, according to a story published by CNN.

The flights, which often include Chinese H-6 bombers, surveillance drones and fighter jets, clearly appear as an effort on the part of China to demonstrate their power and regional dominance. The operations, the CNN story cites Japanese officials as saying, are now massively increasing, perhaps in light of rising U.S.-China tensions.

Areas of the East China Sea near Japanese borders are a frequent region of Chinese aerial activity. In addition, some missions come close to the China-Japan disputed Senkaku island chain, a series of island territories claimed by both China and Japan.

Of course, the U.S. bases military assets in Japan, and Japan and China are indeed quite close to one another. After all, areas to the southwest of Japan right near its borders are heavily frequented by Chinese aircraft. While none of the scrambles have, as of yet, led to military engagements or exchanges of fire in any way, they do speak to a significant and tense strategic dynamic.

The Japanese Self-Defense Forces, however, are not without resources and an ability to challenge or effectively counter Chinese incursions. Consider, for example, that Japan operates F-35s and is armed with a complement of advanced fighter jets. An F-35’s tactical overmatch can, for instance, compensate greatly for an Air Force operating with much fewer aircraft, given its superior attack range and sensor scope.

For this and several other reasons, Japan is an invaluable U.S. ally should there be any kind of conflict with China. Also, the sheer volume of Japanese encounters with Chinese aircraft has undoubtedly increased Japan’s familiarization with Chinese aircraft, tactics, maneuvers and strategies. In any future conflict, these factors are likely to be of great intelligence value.