After $30 Billion Spent, These 5 Military Weapons Were Scrapped 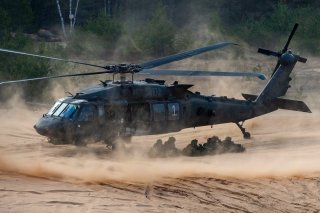 Here's What You Need to Remember: To be fair, reusable technologies did emerge from the canceled projects that have seen later application—but $30 billion remains a staggering sum to invest in projects that never amounted to more than a handful of prototypes.

Sébastien Roblin holds a master’s degree in conflict resolution from Georgetown University and served as a university instructor for the Peace Corps in China. He has also worked in education, editing, and refugee resettlement in France and the United States. He currently writes on security and military history for War Is Boring. This article first appeared in 2019 and is being reprinted here due to reader interest.