America Needs a New Strategic Posture in the Asia-Pacific 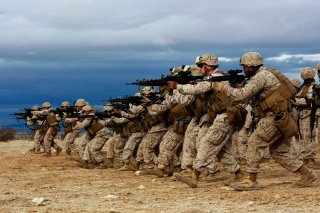 Here's What You Need to Know: Equipment aside, the USMC is particularly well-suited to a more widely-dispersed force posture thanks to their leadership structure that discourages centralized decisionmaking in favor of bottom-up initiative and aggression.

Berger’s comments were delivered as part of the annual Modern Day Marine event, an annual conference for Marines, media, and defense industry experts that showcases what is in store for the Corps in the future. This year’s edition was held virtually due to the ongoing global pandemic.

This article first appeared in September 2020 and is being reposted due to reader interest.