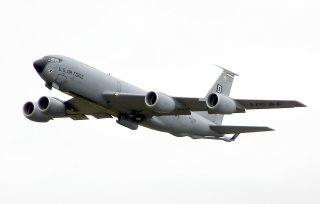 Here's What You Need To Remember: Stealthy drone tankers might fit with a ‘distributed’ refueling strategy in which multiple drones draw fuel from a large, conventional tanker ‘mothership’ and then zip forward into to provide refueling for stealth fighter in contested airspace. However, such a chain-refueling scheme could crash catastrophically should the un-stealthy mothership tanker be targeted by adversaries. Thus a ‘system of systems’ could also proposed mixing multiple ‘tiers’ of stealthy and non-stealthy tankers.

Sébastien Roblin holds a master’s degree in conflict resolution from Georgetown University and served as a university instructor for the Peace Corps in China. He has also worked in education, editing, and refugee resettlement in France and the United States. He currently writes on security and military history for War Is Boring. This first appeared in September 2018.