Asia's Nightmare: Could China Take Over the South China Sea? 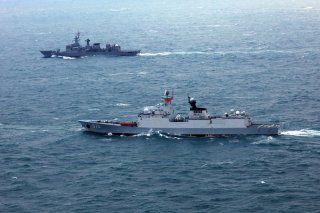 Here's What You Need to Remember: The South China Sea isn't anyone's sea. It belongs to the whole world. But the country that would suffer most from its closure in time of war would be China.

Salvatore Babones is an adjunct scholar at the Centre for Independent Studies and an associate professor at the University of Sydney. This article first appeared last year.

China and Vietnam Clash in the South China Sea