A2/AD: The Phrase That Terrifies the U.S. Military (And China and Russia Love It) 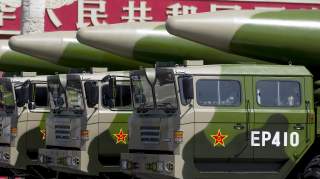