B-52 Bombers Could Soon Have a New Mission 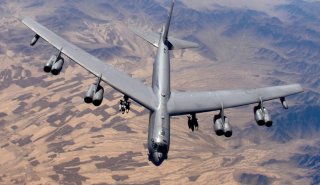 Here's What You Need to Remember: The B-52 Bomber is one of the most versatile fighters ever developed. Dropping mines to deny access to an area to warships is one way the B-52 will fight future wars.