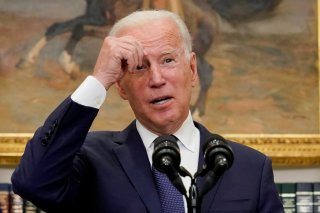 Here's What You Need to Remember: This is not to say that Social Security would abruptly cease to work following its expiration date. Because the Social Security Administration has a reliable cash inflow in the form of taxes, it can expect to continue paying benefits out as taxes come in if the trust fund ever runs out of money.

As private-sector pensions have largely been eliminated over the past fifty years, Social Security has emerged as the only reliable retirement fund that most people can depend on during their older years. The program’s effectiveness is self-evident; more than half of retired Americans depend on Social Security payments for half of their income or more, and nearly all consider it important to maintain the program’s current level of benefits into the future, according to an AARP survey.

However, Social Security is facing a looming problem: insolvency. The trust fund which provides for the payments has steadily been steadily losing money over the last twenty years, as increasing numbers of the “Baby Boomer” generation have retired and gone onto their benefits. At pre-pandemic estimates, the trust fund was set to run out of money by 2035. In light of the pandemic, this number might no longer be accurate; the 2020 lockdowns drove many Americans out of the job market, decreasing collected taxes, and pushing many older workers to retire early, increasing the government’s obligations. Consequently, the Congressional Budget Office has estimated that the program’s expiration date has moved forward to 2032, and it is possible that the Social Security Administration’s annual report, set to be released soon, could move this date even closer.

This is not to say that Social Security would abruptly cease to work following its expiration date. Because the Social Security Administration has a reliable cash inflow in the form of taxes, it can expect to continue paying benefits out as taxes come in if the trust fund ever runs out of money. However, because it could not afford to pay full benefits, mandatory benefit cuts would probably be imposed across the board—of roughly twenty percent, the agency’s yearly shortfall.

However, this would be disastrous, politically as well as economically. To avoid this outcome, there are several possible reforms. The simplest is to adjust the inflow and outflow of money by increasing Social Security taxes and cutting benefits—although both proposals are controversial and would encounter significant opposition in Congress.

Another interesting idea is partial privatization of the fund, whose advocates have highlighted that Social Security’s yearly return on investment (ROI) is very small compared to market-based retirement funds, such as Norway’s. By law, the Social Security trust fund is only allowed to invest in U.S. treasury bonds, keeping its returns very safe but also very small.

Privatization has been a hotly contested issue, though. In 2005, President George W. Bush made it a centerpiece of his second term’s agenda, only to quietly back off after it was clear that most Americans strongly opposed his proposal.