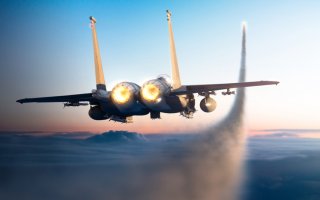 Here's What You Need to Know: The F-15X’s greater payload could open interesting strategies when working together with F-35s.