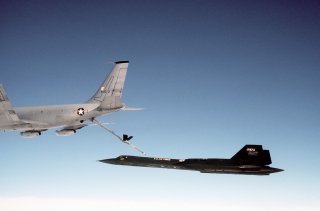 Here's What You Need To Remember: Subsequent SR-71 flights over Syria, Lebanon, Egypt and Israel gathered intel on the fighting as Jewish forces counter-attacked with U.S. logistical support.

The war itself continued. The Soviet Union threatened to deploy troops to reinforce Egypt; the U.S. ramped up its nuclear posture. Rather than risk atomic war, Israel pulled back its forces.