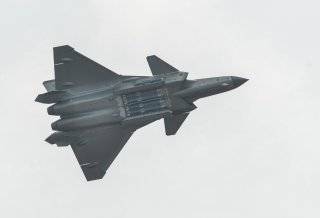 Here's What You Need to Remember: There is much that is still unknown about the J-20, including its launch mechanism and the final specifications of its WS-15 engine currently in development.

Mark Episkopos is a frequent contributor toThe National Interest and serves as research assistant at the Center for the National Interest. Mark is also a PhD student in History at American University. This article first appeared in 2018 and is being republished due to reader interest.