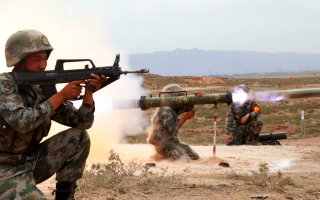 Key Point: Beijing is modernizing. But America is still the best.