Congress Ordered Its Destruction, But the F-117 Nighthawk Still Has Some Life In It 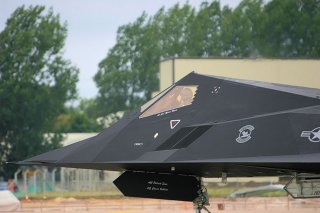 Here's What You Need to Remember: It looks like the F-117 is being used as an adversary to test modern stealth pilots in war games. However, Congress has mandated that the Air Force finally destroy the old, but impressive aircraft.

In a March 19th Instagram post, an aviation enthusiast posted several photos of an F-117 flying in Star Wars Canyon in California. The canyon, officially known as Rainbow Canyon, is frequently used by the Air Force for pilot training and is favored by aviation photographers for its favorable vantage points from which to shoot photos.