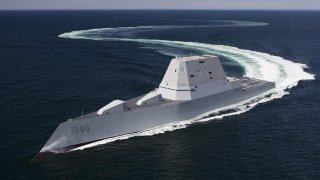 Here's What You Need To Remember: The Type 005 could give China an unprecedented expeditionary capability.