Could Hypersonic Missiles Be a ‘Silver Bullet’ for Aircraft Carriers? 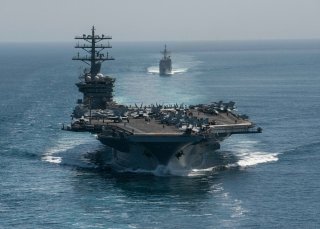 Here's What You Need to Remember: Hitting the specific location of a carrier at such distance, even with a hypersonic weapon, wouldn't be the easiest thing to pull off. Current ballistic missiles that can achieve hypersonic speed follow a predictable flight path, but a concern is that these missiles could be able maneuver in unexpected ways.