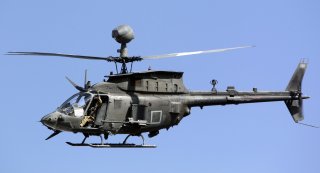 Here's What You Need to Remember: If more advanced algorithms for operating in a combat environment can be developed, an autonomous option could make employing a tiltrotor on riskier attack or reconnaissance missions more appealing without having to worry about losing a human crew alongside the expensive aircraft.

Thus, Bell’s achievement with the V-280 helicopters is an indicator as to how unmanned capability is growing ubiquitous in modern military systems—but also the limitations and technical problems that will need to be addressed before autonomous systems can begin replacing traditionally manned combat platforms such as helicopters, tanks and submarines.