Don’t Forget: Only Russia’s Nukes Can Kill Every Single American 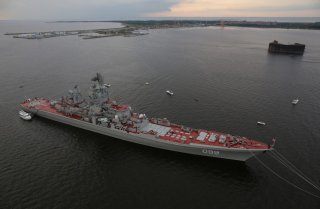 Here's What You Need to Remember: Russia is also emphasizing a sea-air-land nuclear triad, yet with an arsenal that has been upgraded to a very large degree in recent years. Russian nuclear weapons maintenance and modernization, coupled with its more aggressive strategic approach to deterrence, has raised some alarm bells in the West.

The Tsar Bomba: This Russia Nuclear Weapon Could Wipe out all of Los Angeles