Everyone Wants an 'F-35' Stealth Fighter. Several Countries Have Plans to Go 'Stealth' 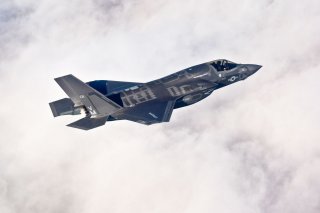 Key Point: The F-35 is a great plane. But militaries around the world are planning for sixth-generation fighters.

​This first appeared in 2020 and is being reposted due to reader interest.