Fighting in the Middle East, the Soviet MiG-23 was a Total Dud 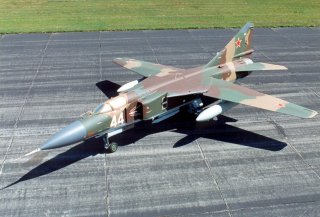 Here's What You Need to Remember: There is no ambiguity here: the MiG-23 boasts a long, well-documented, and deeply embarrassing service record. The full extent of its failures is too great to recount in detail, but here are a few highlights.

Mark Episkopos is the national security reporter for the National Interest. This article first appeared earlier this year.