Fire! Could the Japanese Navy Soon Have "Super-Destroyers"? 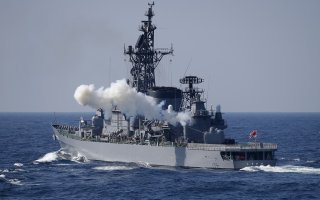 Here's What You Need to Know: The Japanese navy is no laughing matter.