Forever Flier: The F-117 Nighthawk Has a New Mission (From Retirement) 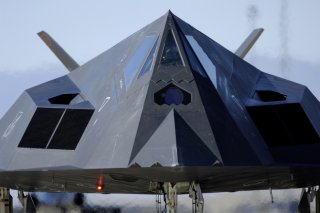 Here's What You Need to Know: It is unclear how much longer F-117s will be flying for. In 2017, Congress mandated that the Air Force was to begin destroying stored F-117s, possibly only a singly bird was destroyed as a proof-of-concept exercise.