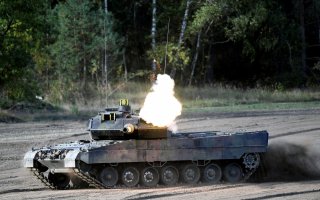 Here's What You Need to Know: It remains to be seen what the final Franco-German design will look like.

Image: A Leopard 2 tank of German army Bundeswehr takes part in an exercise during a media day in Munster, Germany September 28, 2018. REUTERS/Fabian Bimmer